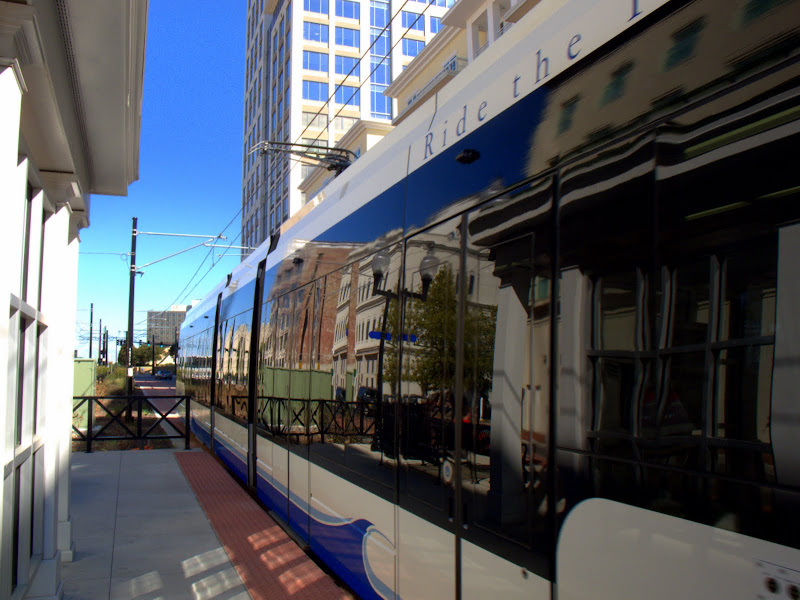 - The Tide light rail pulls out headed west from the Monticello Station. When the Tide started running in Norfolk Virginia on August 19 of this year, the audio announcement for the Monticello Station created some concerns. Voice artist Karen Hutton who speaks for the Tide used the correct pronunciation of "Monti-CHEL-o," like the musical instrument for the original recording. However many locals have always used the Americanized mispronunciation of "Monti-SEL-o." So a few weeks later Hampton Roads Transit had Karen re-record the announcement using the locally preferred, although incorrect, pronunciation of Monticello. Listen for it next time you ride the Tide. In addition to being a voice artist, Karen Hutton is an amazing photographer, check out her work here. Canon G11, 1/200 sec @ f/8.0, ISO 200.
at 8:36:00 PM
Email ThisBlogThis!Share to TwitterShare to FacebookShare to Pinterest
Labels: Blue Sky, Canon G11, Light Rail, Norfol