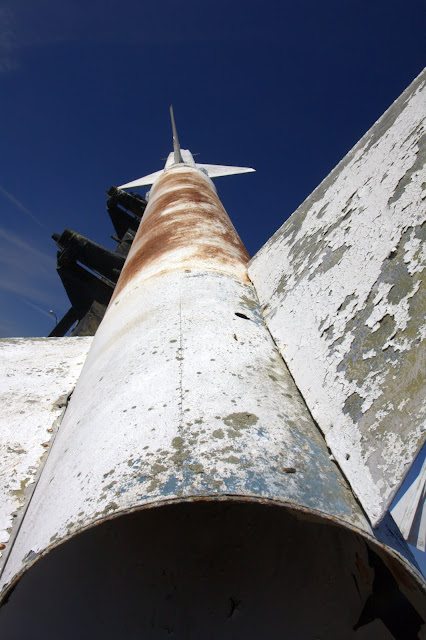 - This is a static display of an old Nike Ajax surface to air missile. Developed and deployed in the 1950's these missile systems resulted in my Dad's transfer to Fort Bliss in El Paso Texas where he was assigned to the Air Defense Command. There he became a trainer of National Guard troops operating Nike sites throughout the country. He remained involved with the Nike systems though his retirement from the Army in 1966 and then with the Civil Service maintaining the radar tracking systems until they were deactivated in the mid 1970's as part of the SALT I treaty. This one still points to sky at Air Power Park in Hampton Virginia. Canon 40D, 1/100 sec @ f/16.0, ISO 100.
at 11:13:00 PM
Email ThisBlogThis!Share to TwitterShare to FacebookShare to Pinterest
Labels: Canon 40D, Cold War, Hampton, Historic Sites