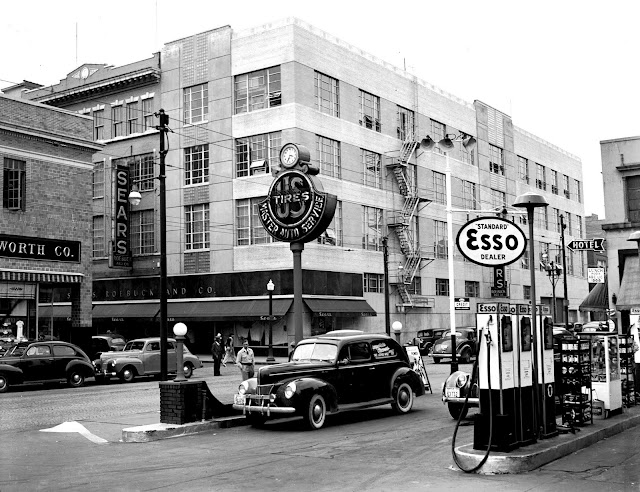 - THEN - May 1940, 401 Monticello Avenue in Norfolk Virginia was home to Sears, Roebuck & Co. Sears occupied 110-112 Freemason Street around 1930 and in 1939 acquired the corner lot and built an expansion designed by noted Richmond architect Marcellus Wright. Sears remained in the buildings until they moved to 21st Street in the 1950's. The building was then home to the Nelco Department Store. Historic photo courtesy of Sargeant Memorial Collection – Norfolk Public Library. 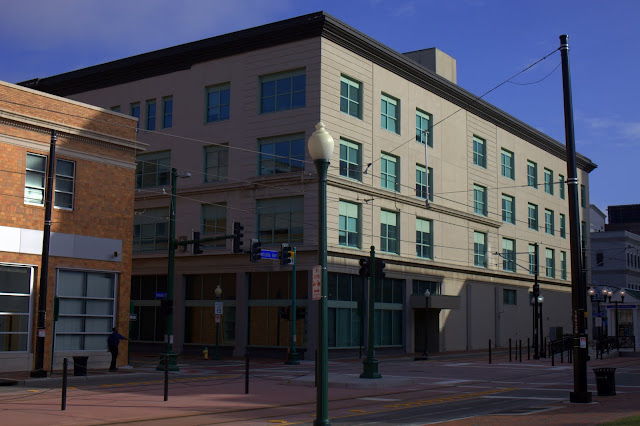 - NOW - In the mid 1990's the City of Norfolk acquired the old Sears store and the adjoining former Rices Department Store at Freemason and Granby all which had been vacant for some years following the flight of retail from downtown to the suburbs. The City renovated all three buildings to create the Granby Municipal Building now home to the Bureau of Neighborhood Quality and Building Safety, and the Departments of Public Utilities and Information Technology. My office is the third floor corner office directly behind the street lamp globe in the center of the photo. Canon 5D Mark II, 1/500 sec @ f/11.0, ISO 200.
at 9:25:00 PM
Email ThisBlogThis!Share to TwitterShare to FacebookShare to Pinterest
Labels: Architecture, Canon 5D Mark II, Downtown, Norfolk