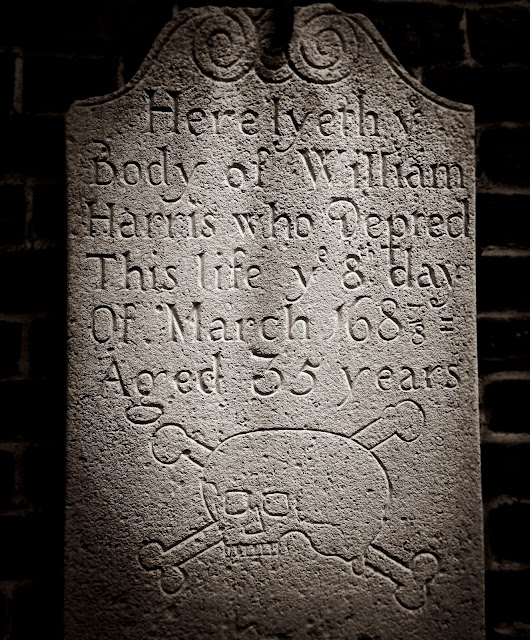 This 17th century grave marker bears the skull and crossbones and is located at St. Pauls Church in Norfolk Virginia. On July 1, 1875 the stone was brought to Norfolk from Weyanoke on the James River. It was found amid the ruins of an old colonia church. Today the stone is attached to the south wall of the old church.

Did you notice the year of William Harris' death is noted as 1687/8? So what's up with that? Were they not sure what year he actually died in? No, according the the USGen Web project "the practice of double dating resulted from the switch from the Julian to the Gregorian calendar. Not all countries and people accepted the new calendar at the same time. England and the American colonies didn't officially accept it until 1752. Before that date, the government observed March 25 as the first of the year, but most of the population observed January 1 as the start of the year. For this reason, many people wrote dates falling between January 1 and March 25 with both years." Now you know.