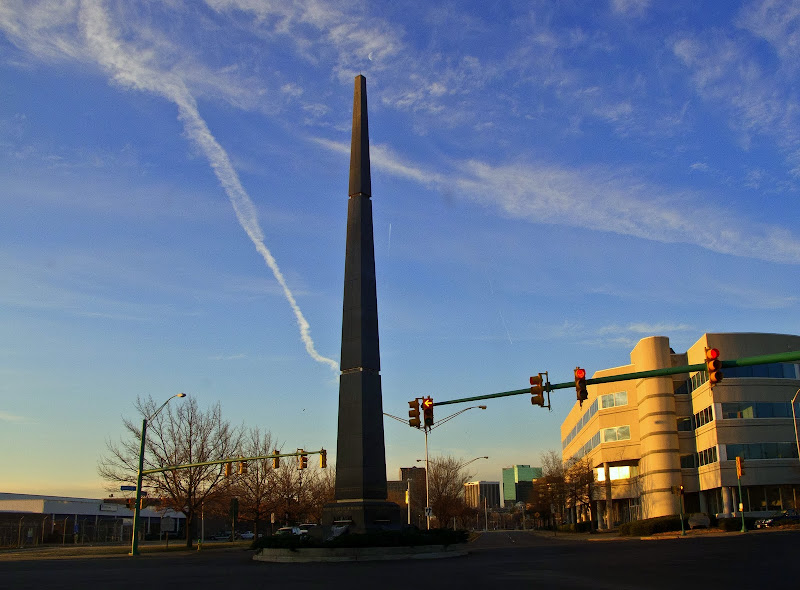 - The Martin Luther King, Jr. memorial early this morning in Norfolk, Virginia. Dr. King visited Norfolk and southeastern Virginia many time and was scheduled to come back to Norfolk in early April 1968 but postponed the visit to go to Memphis to support the sanitation workers strike. He was assassinated there on April 4, 1968. Check out the audio version of The Autobiography of Martin Luther King, Jr. (1998), ed. Clayborne Carson. I highly recommend this version read by LeVar Burton in a Grammy Award winning performance which also contains recordings of many speeches and famous oratory of Dr. King. A must listen for anyone who is a student of leadership. Canon G11, 1/800 sec @ f/3.2, ISO 200.
at 9:05:00 PM
Email ThisBlogThis!Share to TwitterShare to FacebookShare to Pinterest
Labels: Canon G11, Memorial, Monuments, Norfolk, Sunrise