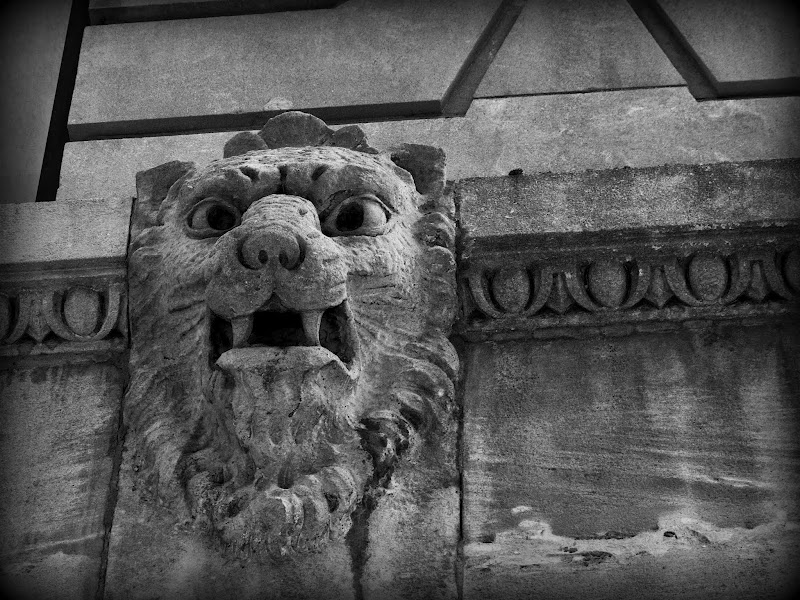 - This lion's head is part of the facade of one of the Victorian era buildings in the 100 block of Norfolk Virginia's Granby Street. These buildings are collectively referred to as "heritage row" and represent some of the oldest of Norfolk's remaining commercial buildings from the late 1800's. Similar neighboring buildings fronting Main Street were torn down in 2007 to make way for a hotel/convention center that never came about leaving a vacant fenced in lot on the site. The lot now referred to as "The Plot" is being converted into a pop-up park using shipping containers. That's progress, I guess. Canon G1X, 1/125 sec @ f/9.0, ISO 200, 60mm focal length.