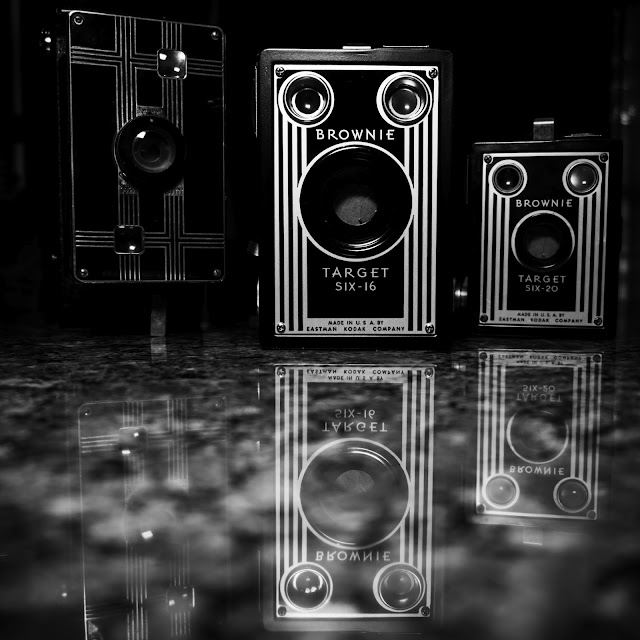 - Today is the 158th anniversary of the birth of photographic pioneer George Eastman. Eastman was the inventor of roll film and founded the Eastman Kodak company. He brought photography to the masses with affordable, easy to use cameras including these classics Kodaks in my collection. From left to right - the Jiffy Six-16 Series 1 (1933-37), the Brownie Target Six-16 and the Brownie Target Six-20 (1946-1952). In addition to photography Eastman was major philanthropist, establishing the Eastman School of Music, and schools of dentistry and medicine at the University of Rochester; contributing to the construction of MIT's second campus on the Charles River; and donating to Tuskegee and Hampton universities. The last two years of his life he was in intense pain, caused by a degenerative disorder affecting his spine. On March 14, 1932, Eastman died by suicide leaving a note which read, "To my friends: my work is done. Why wait?" Canon G1X, 1/50 sec @ f/3.2, ISO 200.
at 8:24:00 PM
Email ThisBlogThis!Share to TwitterShare to FacebookShare to Pinterest
Labels: Black and White, Cameras, Canon G1X, Reflections