Headed to the Bottom 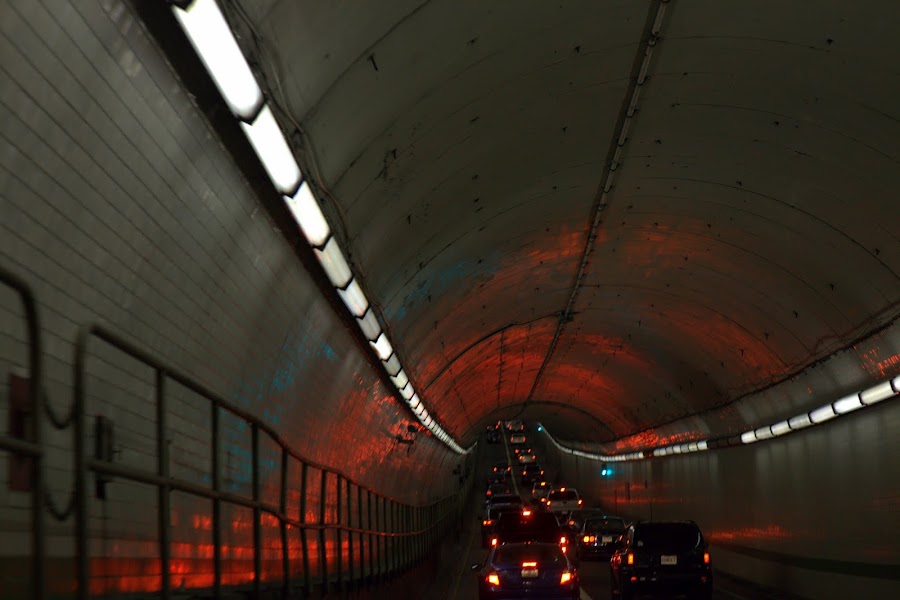 The Downtown Tunnel links Norfolk and Portsmouth Virginia. This is the westbound tunnel, the first of two two-lane tunnels, it opened in 1952. The two-lane Downtown Tunnel replaced an automobile ferry system and in conjunction with the Berkley Bridge, was the first fixed crossing directly between Portsmouth and Norfolk across the Elizabeth River. Today's bridge and two tunnel system carries more than three million vehicles a month. Nowhere else in Virginia can you cross a drawbridge and then directly enter a tunnel. This tunnel had it's ceiling removed last year, revealing the full curved height of the tube. Canon 5D Mark II, 1/125 sec @ f/4.0, ISO 1600, 85mm prime lens.
at 9:19:00 PM
Email ThisBlogThis!Share to TwitterShare to FacebookShare to Pinterest
Labels: Canon 5D Mark II, Norfolk, Portsmouth, Prime Lens, Tunnel

I think I like it better without a ceiling.