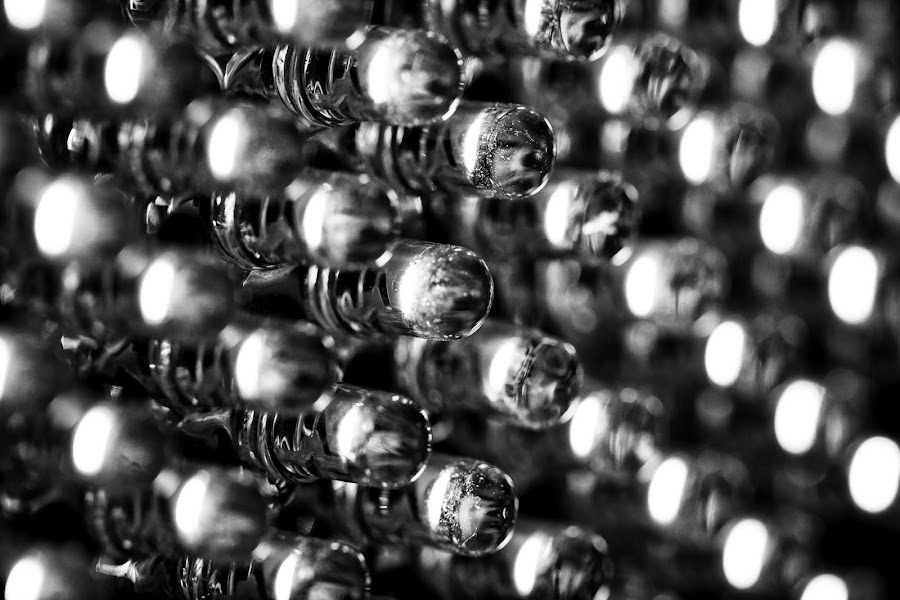 A light-emitting diode (LED) is a semiconductor light source. When a light-emitting diode is switched on, electrons are able to recombine with electron holes within the device, releasing energy in the form of photons. This effect is called electroluminescence and the color of the light is determined by the energy gap of the semiconductor. LEDs present many advantages over incandescent light sources including lower energy consumption, longer lifetime, improved physical robustness, smaller size, and faster switching. These LEDs are arrayed in one of my Litepanels that I use often for illumination in my macro and still life photographs. Source - Wikipedia. Canon 7D 1/1000 sec @ f/4.0, ISO 400.
at 11:59:00 PM
Email ThisBlogThis!Share to TwitterShare to FacebookShare to Pinterest
Labels: Black and White, Canon 7D, LED, Litepanel, Macro

Wha..? You mean it is not a Litebrite?