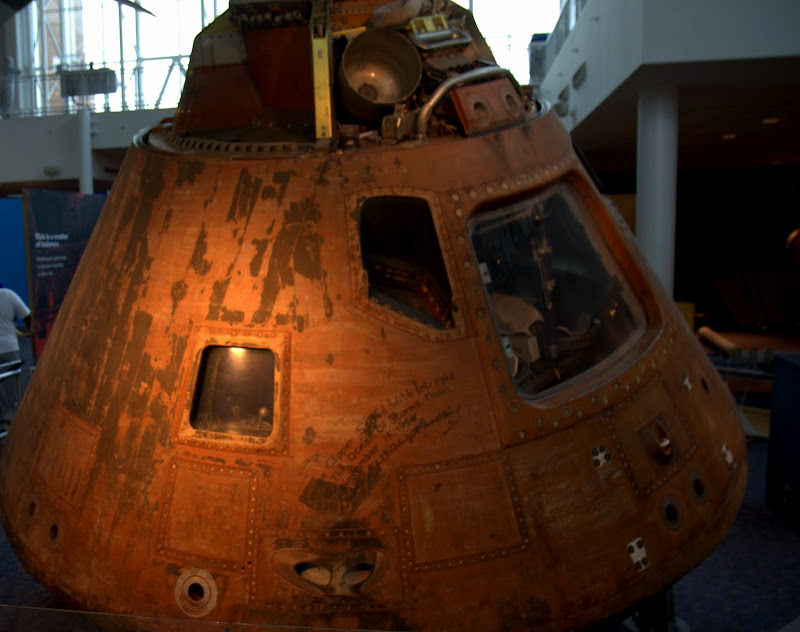 Neil Armstrong the first man to step on the moon died today. We boomers grew up during the "space race" and his passing brings back many memories. I took this photo of the Apollo 12 space capsule, nicknamed the "Yankee Clipper" at the Virginia Air & Space Museum a while back. Armstrong's first assignment in the Apollo program came as the commander of the back-up crew of the Apollo 8 mission, though he had been originally scheduled to back-up the Apollo 9 mission. Had he remained as the Apollo 9 back-up commander he would have been slated to Command Apollo 12, not Apollo 11. Thanks for taking that one giant leap for mankind. Canon 40D, 1/40 sec @ f/3.5, ISO 400, 17mm focal length.
at 9:13:00 PM
Email ThisBlogThis!Share to TwitterShare to FacebookShare to Pinterest
Labels: Canon 40D, Hampton, Space, Tribute