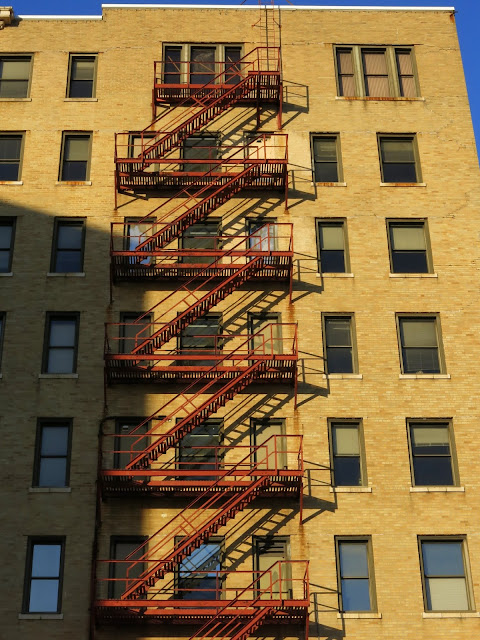 The fire escape became a necessary addition to multi-story buildings particularly residential buildings in the first half of the twentieth century. An unintended consequence was that people began to use them as additional space. They became patios and even sleeping areas during hot urban summers. This example is on the York Center building, a 9 story office building in downtown Norfolk Virginia built around 1950. Canon G15, 1/400 sec @ f/7.1, ISO 200.