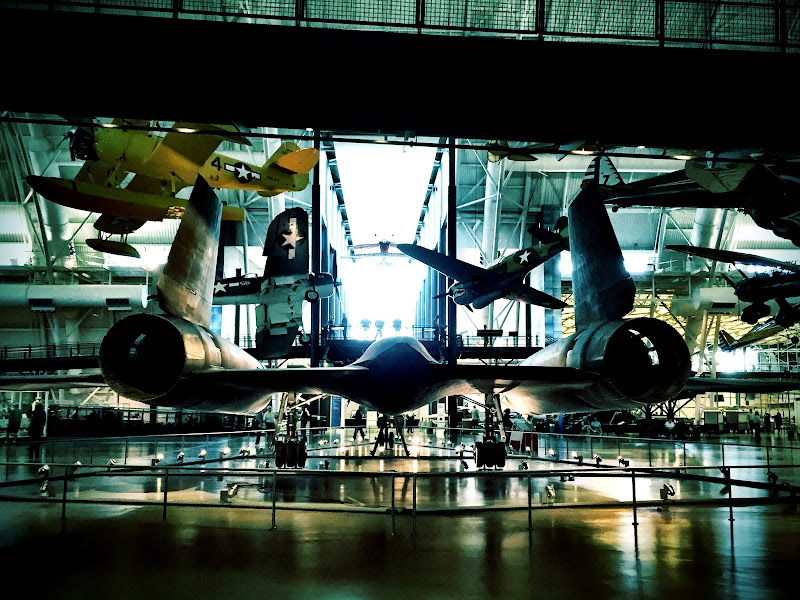 No aircraft in history operated globally in more hostile airspace or with such complete impunity than the SR-71 "Blackbird", the world's fastest jet-propelled aircraft. The Blackbird's performance and operational achievements placed it at the pinnacle of aviation technology developments during the Cold War.

This Blackbird accrued about 2,800 hours of flight time during 24 years of active service with the U.S. Air Force. On its last flight, March 6, 1990, Lt. Col. Ed Yielding and Lt. Col. Joseph Vida set a speed record by flying from Los Angeles to Washington, D.C., in 1 hour, 4 minutes, and 20 seconds, averaging 3,418 kilometers (2,124 miles) per hour. At the flight's conclusion, they landed at Washington-Dulles International Airport and turned the airplane over to the Smithsonian. From The Smithsonian