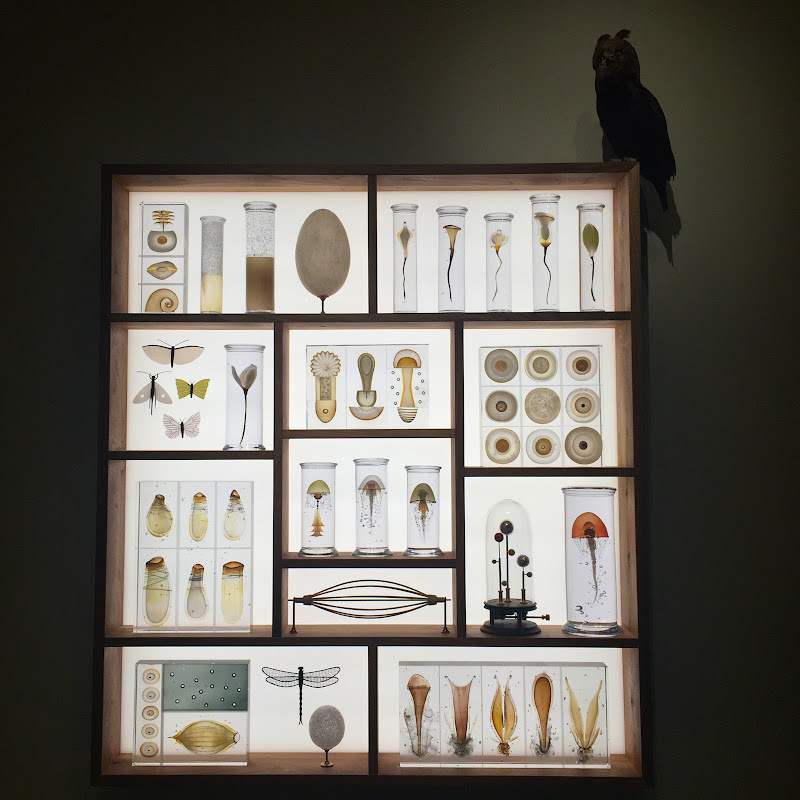 The Owl of Minerva Takes Flight in the Dusk by Steffen Dam (Danish,b. 1961) was acquired in 2015 by the Chrysler Museum of Art in Norfolk, Virginia.

"In one of his most ambitious projects to date, Dam created a cabinet of curiosities, or Wunderkammer, and filled it with imaginary glass specimens. Then he perched a faux-owl on top, looking down over his collection. Such assemblages of natural and cultural curios became popular in the mid-1500s and, like minimuseums, were meant to delight viewers while increasing their knowledge about the world. Although Dam says that none of his fanciful forms can be found in nature, perhaps a life surrounded by the sea has summoned jellyfish-like creatures from his imagination." from Chrysler, The Members Magazine, Fall 2015
at 5:53:00 PM
Email ThisBlogThis!Share to TwitterShare to FacebookShare to Pinterest
Labels: #365, 365 Project, Art Glass, Camera+, Chrysler Museum, iPhone 6