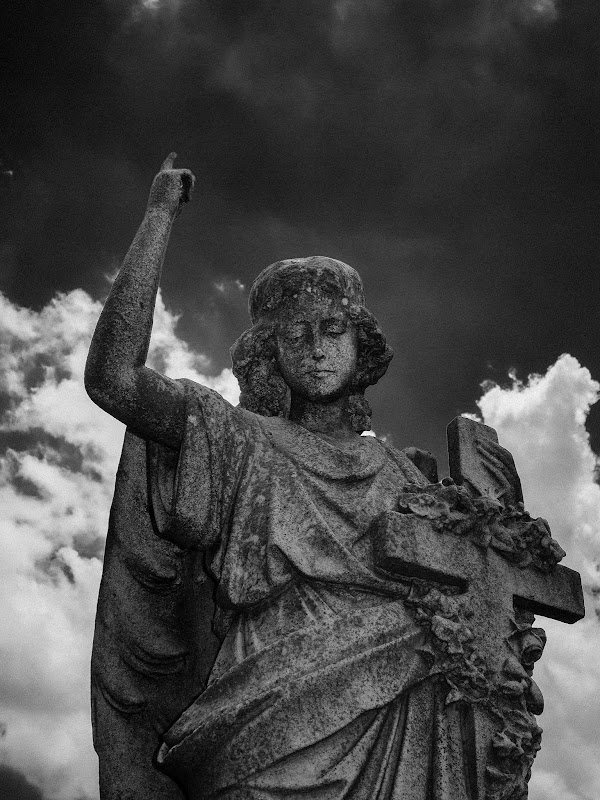 - Victorian Funerary Arts produced interesting and beautiful cemeteries during the 19th Century. Many of the customs of the day carried forward into the first half of the 20th century and some still influence how funerals are carried out today. The Victorian cemeteries of the 19th century were treated as parks are today with family outings and picnics often held on their carefully landscaped and maintained grounds. Norfolk has several historic cemeteries from this time period including Magnolia Cemetery in the Berkley neighborhood where this guiding angle can be found. The guiding angel points a finger heavenward to direct the deceased's soul. Canon G1x, 1/400 sec @ f/8.0, ISO 100, converted to black and white in Lightroom 4 using Silver Efex Pro 2.
at 9:41:00 PM
Email ThisBlogThis!Share to TwitterShare to FacebookShare to Pinterest
Labels: Black and White, Canon G1X, Cemetery, Historic Sites, Norfolk, Sculpture