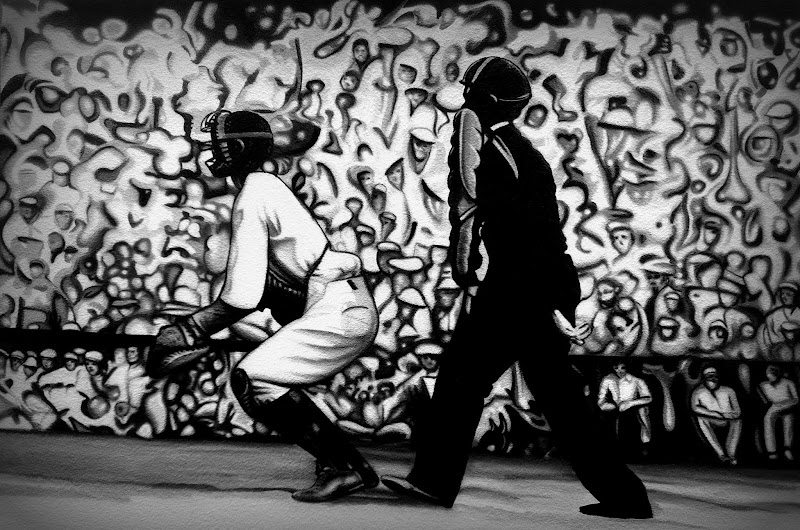 - This is part of a mural being painted by Artist John Hickey on a wall at the Norfolk Baseball Academy in the 700 block of 22nd Street in Norfolk, Virginia. It was featured in an article in today's Virginia Pilot so I drove by to take a look and of course a picture during lunch. The mural is based on a photograph from an exhibition game between the New York Yankees and the Norfolk Tars on June 29, 1934, at Bain Field. Bain Field was located not too far from this site just off Monticello Avenue between 18th and 20th Streets. When completed the mural will also feature Babe Ruth who played in the game. iPhone 4, 1/1027 sec @ f/2.8, ISO 80, Camera+ app.
at 7:55:00 PM
Email ThisBlogThis!Share to TwitterShare to FacebookShare to Pinterest
Labels: Black and White, iPhone 4, Mural, Norfolk, Sports