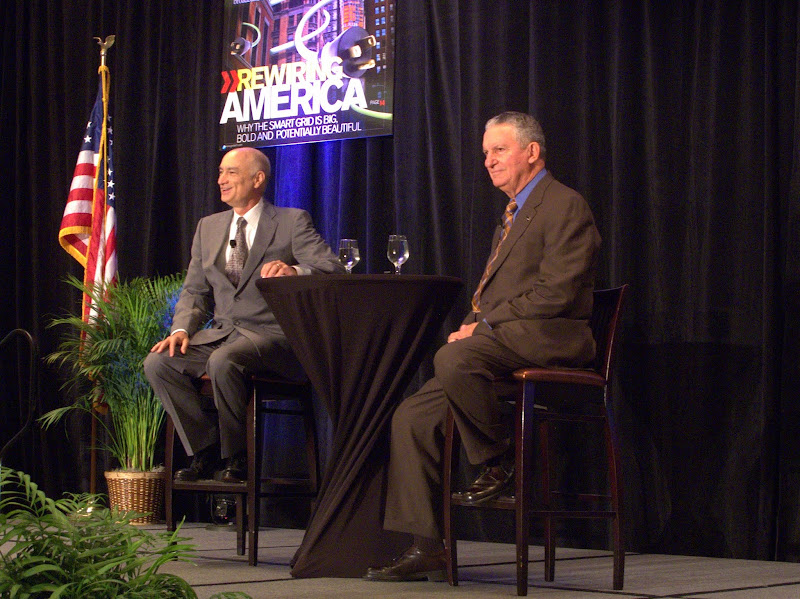 Lieutenant General Jefferson "Beak" Howell addressed the 2012 Commonwealth of Virginia's Innovative Technology Symposium (COVITS), the state's forum for collaboration and participation in government technology. His topic, Lessons in Leadership, is taken from his long career in the United States Marines and as director of NASA's Johnson Space Center. He had only been on the job at NASA seven months when the Space Shuttle Columbia was lost during a return to earth.
Hosted by Jack Mortimer, National Conference Director Government Technology magazine General Howell discussed he leadership lessons from his long career and shared what has become known as “Beak's Rules of Leadership”:

1. Never stereotype your subordinates; give them the attention and respect they rate as individuals.
2. People normally live up to your expectations of them.
3. Never underestimate the effect that you as a leader have on your subordinates.
4. Let your people do their job.
5. To be a good leader, you must be an effective manager.
6. Where you sit determines what you see.
7. Things are never as good or as bad as first reported.
8. Don't argue with an idiot.

I have Beak's Rules posted in my office. Great stuff! Loved his story about the dogfighting practice mishap.