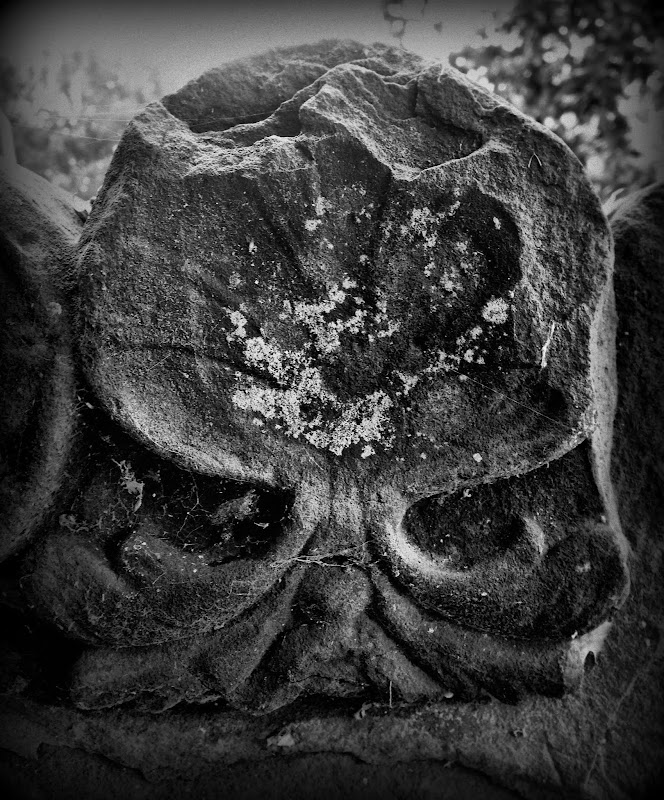 This creepy skull is on an old garvestome at St. Paul's Church in Norfolk Virginia. The inscriptions are long since worn away but the skull remains. The marker most likely dates from the late 1600's to the early 1700's. The death's head, often with wings and/or crossed bones, was a stylized skull. Some have speculated that winged skulls were intended to symbolize a combination of physical death and spiritual regeneration. iPhone 5, 1/20 sec @ f/2.4, ISO 50, Camera+ app.
at 10:02:00 PM
Email ThisBlogThis!Share to TwitterShare to FacebookShare to Pinterest
Labels: Black and White, Camera+, Cemetery, iPhone 5, Skull Week