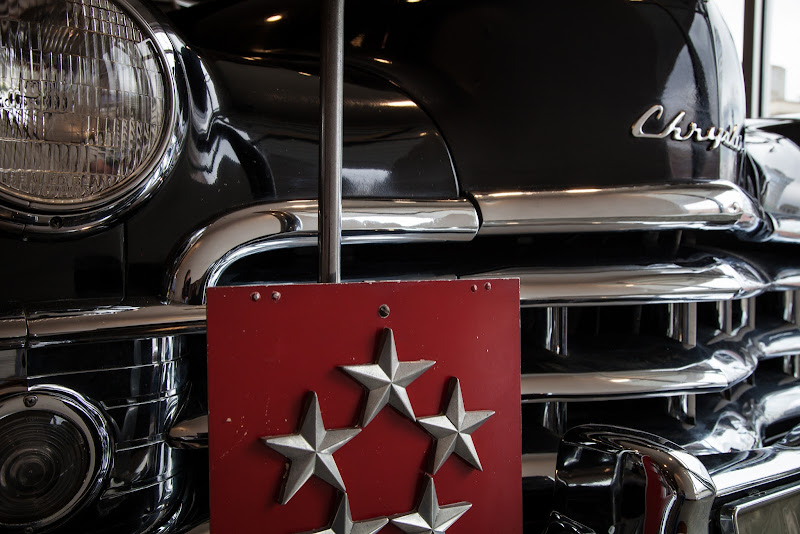 This 1950 Chrysler Crown Imperial limousine carried Gen Douglas MacArthur to and from his office at the Dai Ichi insurance building in Tokyo during the latter part of the Occupation of Japan. When MacArthur returned to the United States in 1951, the Crown Imperial was shipped to him in New York City where he continued to use it until 1963, when it was returned to the U.S. Army motor pool and subsequently given to the MacArthur Memorial in Norfolk Virginia. Canon 5D Mark II, 1/40 sec @ f/8.0, ISO 400, 35mm focal length.
at 7:56:00 PM
Email ThisBlogThis!Share to TwitterShare to FacebookShare to Pinterest
Labels: Canon 5D Mark II, Car, Norfolk