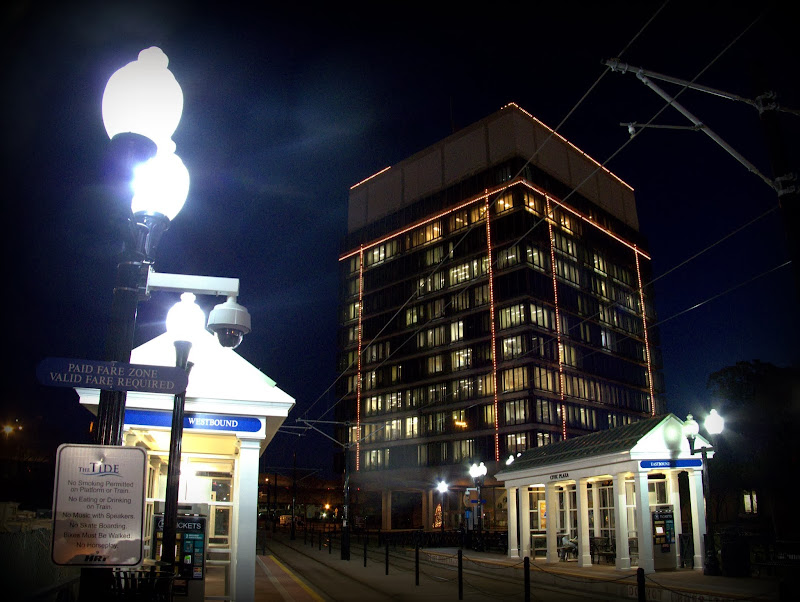 The Norfolk Virginia City Hall Building @ Night. Bet you didn't know there's a six degrees of Kevin Bacon associated with my photograph of this building. Here we go:

1 - I was hired to work for the City of Norfolk by City Manager Marcus Jones;
2 - Marcus Jones was recruited to be City Manager by Norfolk Mayor Paul Fraim;
3 - Paul Fraim has been Mayor of Norfolk since 1994 and his office is located on the 10th floor of the City Hall Building;
4 - Norfolk's City Hall Building was designed by Philadelphia architect Vincent G. Kling;
5 - Vincent Kling was a close associate and collaborator‎ of renown Philadelphia architect and city planner Edward Bacon;
6 - Edward Bacon is the father of actor Kevin Bacon.