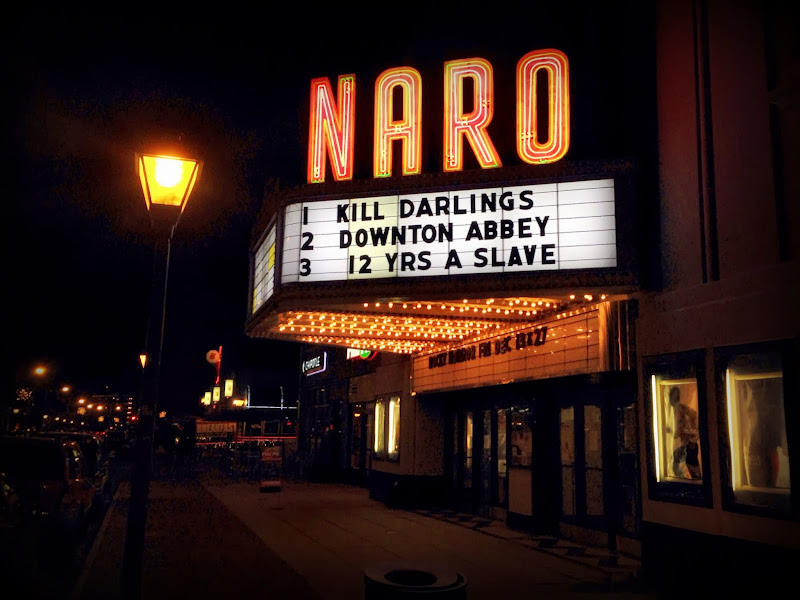 The Naro Cinema is in the heart, same say it is the heart, of the Ghent Business District along Colley Ave in Norfolk Virginia. Opened as The Colley Theater on Feb 24, 1936, it was a modern suburban theater with the latest amenities, 500 seats including a balcony and an art deco design. Since 1977 it has been operated by Tench Phillips and Thom Vourlas as an independent theater featuring foreign, art and independent films. Recently converted to digital projection, the theater hosted tonight's sneak preview of episode 1 of Downton Abbey season 4 for local PBS station WHRO.