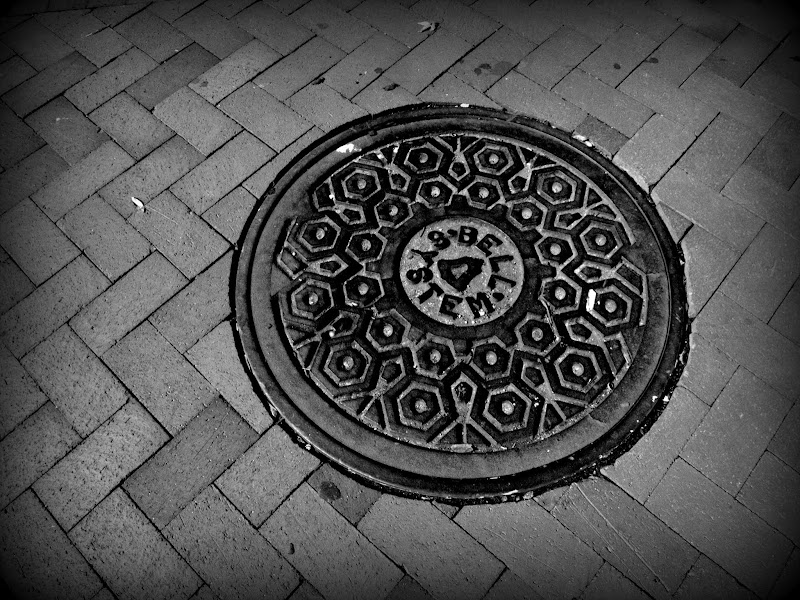 - Although the Bell System has been gone for almost 30 years the name and logo can still be found. This is one of several manhole covers bearing the logo located along Monticello Avenue in Norfolk Virginia. Owned by AT&T, the Bell System had held a monopoly on telephone service across much of the U.S for almost 100 years until it was broken up in 1984 following a suit by the Justice Department. In Virginia, Bell System service was provided by the Chesapeake and Potomac Telephone Company, a.k.a C&P. Following divestiture C&P became part of Bell Atlantic which today is part of Verizon. Canon G11 1/230 sec @ f/8.0, ISO 200.
at 9:40:00 PM
Email ThisBlogThis!Share to TwitterShare to FacebookShare to Pinterest
Labels: Black and White, Canon G11, Street Scene, Tech

Love the photo and the history lesson! Your black and white photography is always striking.